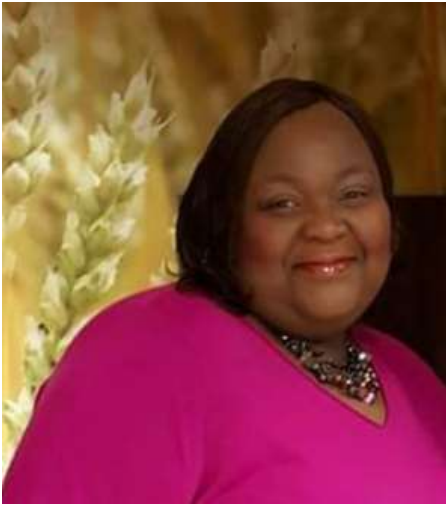 Reverend Telley Lynnette Gadson, the President of the National Black Clergy Women of the United Methodist Church (BCWUMC), is the only daughter of the Honorable Herbert Gadson and "Missionary" Linda Dingle Gadson, and was born on February 28, 1974. A native of Hollywood, South Carolina, Reverend Gadson is a sister, an aunt, and a friend to many. A fall 1995 graduate of the University of South Carolina, she was named to the Dean's List, and received a Bachelor of Arts degree in Political Science and a minor in Religious Studies. In the spring of 1999, she graduated from the Candler School of Theology at Emory University (Atlanta, GA) with a Master of Divinity degree and Certification in Black Church Studies. On Sunday, November 29, 1992, Reverend Gadson answered God's call on her life for ministry after preaching her first sermon entitled, "What's Your Persuasion?” She is an ordained Elder, in full Connection, in the South Carolina Annual Conference of the United Methodist Church.

From June 13, 1999 to June 16, 2004, Reverend Gadson served as the Pastor of two Churches: Mount Zion and Saint Mark United Methodist Churches (Sumter, South Carolina). During Reverend Gadson’s tenure, Mount Zion experienced spiritual growth and purchased a 25-passenger shuttle bus. Simultaneously, Saint Mark experienced spiritual growth, more than tripled its membership, more than quadrupled its financial stewardship, made structural improvements to the Church, and purchased 20.6 acres of land. On June 16, 2004, major milestones were reached when Saint Mark became a “station church appointment,” and Reverend Gadson became the Church’s first full-time Pastor. After years of planning and sacrifice, Saint Mark UMC celebrated Ground-Breaking on the construction of a new edifice in September of 2009; and by God’s grace, on Sunday, April 11, 2010, Saint Mark UMC celebrated the Consecration of a new church building designed for worship, study, and fellowship.

Reverend Gadson has been blessed by God with an anointing that has enabled her to share on local, state-wide, regional, and national platforms; from Hollywood, South Carolina (her hometown) to Tacoma, Washington. In February of 2007, Reverend Gadson lifted the Morning Meditation at the South Carolina Prayer Breakfast in honor of thenPresidential Candidate, Senator Barack Obama (now President Obama). In December of 2010 and in April of 2011, Reverend Gadson was a special guest at the White House at the invitation of President Barack Obama. In November 2011, she served as one of 3 worship preachers at the inaugural joint-conference of the NAACP and the National Baptist Convention (Saint Louis, Missouri).

Reverend Gadson is a member of the SC Delegation for the 2012 and 2016 General and SEJ Jurisdictional Conferences of the UMC, and served as a keynote presenter at the 2012 School of Congregational Development sponsored by the United Methodist Church (Saint Louis, Missouri). In 2014, she was appointed to the SC Annual Conference Board of Ordained Ministry. Most recently, she has become a published author as the 2016 writer of the African American History Month Daily Devotional for the United Methodist Church with a journal entitled, “Don’t Forget Who You Are!”

On June 26, 2013, after 14 years with Saint Mark UMC (Sumter, SC), Reverend Gadson began a new journey in ministry as the Senior Pastor of Saint Mark and Saint Matthew United Methodist Churches (Taylors/Greenville, SC). After only one year in this appointment, God blessed Reverend Gadson with the favor of effective ministry to lead both congregations into becoming “station church appointments!” This historic opportunity moved both churches, after sharing ministers for 148 years, to having their own respective pastors. By this same token, on June 25, 2014, Reverend Gadson became the first full time Senior Pastor in the history of Saint Mark United Methodist Church (Taylors, South Carolina), where she continues to serve God and God’s people with F.I.R.E. - Faith, Inspiration, Redemption, and Excellence!

Affectionately known as “PASTOR T,” Reverend Gadson is a member of numerous church-related, community, academic, and national organizations; including the African American Clergywomen's Caucus, the NAACP, and the Alpha Kappa Alpha Sorority, Incorporated. With sensitivity and a warm smile as her hallmarks, Reverend Telley Lynnette Gadson is recognized as a ministry mentor, a church leadership coach, a national leader and some have even said “national evangelist” in the United Methodist Church. She models her life after the African-American spiritual: "If I can help somebody as I travel along the way, then my living shall not be in vain.